Our Comprehensive Jewish Studies program is a series of 130 classes that gives students a great understanding of the language, culture, history, practice and religion of the Jewish people. Learn the entire Hebrew Bible, prayer book Hebrew, the daily and Shabbat prayer services, the scope of Jewish history, art and literature, the lifecycle and holidays of the Jewish experience, and begin the process of thinking from a halachic perspective. Weekly Torah study is included in this series, as well as the majority of the classes from the Darshan training program.

Our program has these unique units 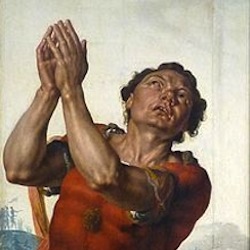 From the conquest of Canaan to the end of prophecy

icon-youtube-play 5 videos  icon-volume-up 3 podcasts icon-pencil8 handouts
Learn the books of Joshua, Judges, Samuel, Kings, Isaiah, Jeremiah, Ezekiel and the 12 Minor Prophets (Hosea, Joel, Amos, Obadiah, Jonah, Micah, Nahum, Habakkuk, Zephaniah, Haggai, Zechariah and the final prophet Malachi). Who are the prophets, and what is their message both in the Bible and for our lives today? 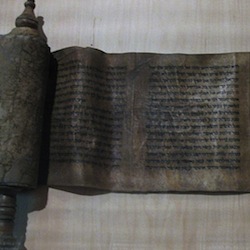 Chronicles to Ezra/Nehemiah, the last books of the Hebrew Bible

In this series you will discover Chronicles, Psalms, Job, Proverbs, Ruth, Song of Songs, Ecclesiastes, Lamentations, Esther, Daniel and Ezra / Nehemiah. What are these writings about, and how do they continue to influence Jewish life today? We highly recommend you pay particular attention to Ruth and Esther, as these megillot will "come alive" once again in our Jewish holidays series. 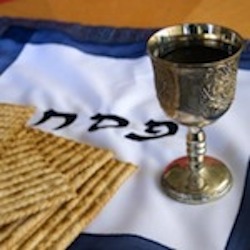 The historic and religious background, rituals and insights of Jewish holidays

Students will gain an appreciation for each of the many Jewish holidays, as well as the Israeli national holidays. The focus is on the "who, what, where, when, why and how" of each of the holidays. Careful attention has been paid to understanding these holidays from both religious and secular backgrounds, as well as mystical approaches to these chagim. Students will also gain an understanding of how the Jewish calendar works and its origins. 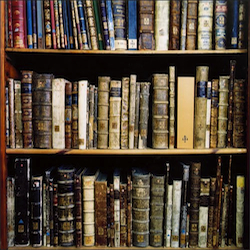 Taught by Sara Eiser, a rabbinical student in Israel, this series of five units will give students the ability to go through a typical prayer service using a Hebrew siddur. Learning a new language takes a long time, but this class breaks down the complicated language in an incredibly simple, easy-to-approach manner. 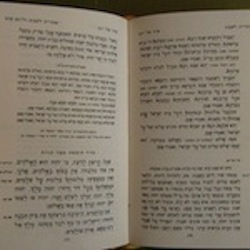 Learn to davven or lead a group in weekday prayer

In this series students will learn the basic Jewish prayers from weekday services: Shacharit (morning), Mincha (afternoon) and Maariv (evening). The video presentation of these prayers is in a modified Conservative style; however, video and audio links in each class showcase the nusach (style) of Ashkenazi and Sephardic Orthodoxy. A siddur is included in each classroom. 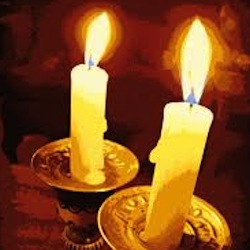 Shabbat Liturgy and Other Brachot

Learn to pray and lead the evening Shabbat services (Kabbalat and Erev Shabbat), Shabbat morning, afternoon and evening as well as Havdalah. Included is a unit on Birkat Hamazon, the blessings after meals and additional relevant brachot. The approach of this series is pluralism: providing students with Reform, Conservative and Orthodox approaches to these services. A siddur is included in each class. 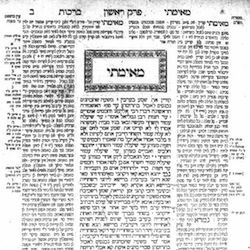 An intro to halacha as a concept, with day-to-day applications

How did we go from "do not boil a kid in the mother's milk" to not eating chicken parmesan? Why did the custom of wearing a hat become an iconic Jewish law? And how does Jewish law develop anyway? In this series you will learn how Jewish law developed through the Talmud, and the application of halachic thinking to various Jewish issues. In addition to an Intro to Talmud class, we will learn about Jewish laws surrounding Shabbat, kashrut, egalitarianism, kippot, mezuzah, tefillin, conversion and the inclusion of non-Jews in Jewish life. This class is a great starting off point for people interested in the Darshan Training program, as it takes the perspective of Jewish lay leadership in building the foundation for Talmudic thinking. 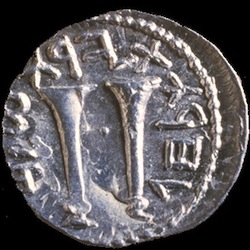 Pre-Israelite civilization to the Crusades

How did the Jewish experience begin? How did a group of Canaanites break off from society to become the Ancient Israelites? How did these people, shaped by religion, politics and warfare, become the People of the Book? In this series based on the most recent research from archeologists and scholars, we will trace the early history of the Jewish people. Units in this series include: the dawn of Jewish history, context of ancient Israelite religion, Judaism after the Babylonian exile, the rule of Rome, rabbinic Jewish development and the Talmud, the introduction of Christianity in the Jewish world, the Medieval period and the Crusades. 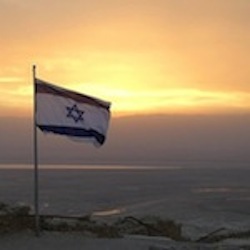 The Ottoman Empire, Reformation, Enlightenment the modern state of Israel and beyond

A lot has happened since the 13th century. In this series we explore Mamluk Rule, Jews in the Reformation and Ottoman Empire, Jewish Modern and Contemporary Periods, Islamic Unrest and Realignment in the Middle East, The Modern State of Israel and take a glimpse of the Jewish future. Please note that our classes on the modern state of Israel take a non-political stance. 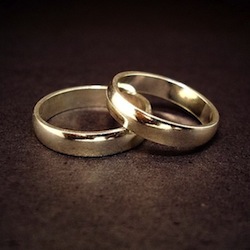 Judaism is not just a religion of the mind, but a lived experience through the entire lifecycle. Students begin with Birth and the first month of life, then move onto the milestones of bar/bat mitzvah and confirmation, marriage (as well as divorce) and finally, the process of life, death and mourning. The final class on mourning is terrific when combined with the lay chaplaincy approach to dealing with death.

Our program also includes these units from our Torah Study program 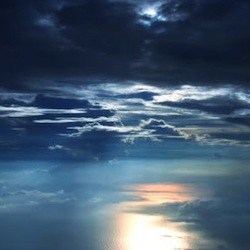 Sefer Bereishit (The Book of Genesis)

From Creation to Egypt

From the creation of the world to Abraham, Isaac, Jacob and Joseph. See how the universe began and chart the course for the Jewish people in Egypt. 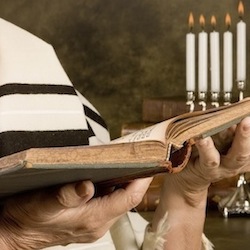 Intro to the Hebrew Bible

Historical development of the Torah

How did the Torah develop? Who were the ancient Israelites who wrote the previously oral traditions of ancient Israel? In what context was the Torah written, and what historic events shaped the way that this sacred text was understood? Drawing from archeology, ancient history and biblical scholarship, we will learn more about how to core Jewish text that would later become the Hebrew Bible came to be. 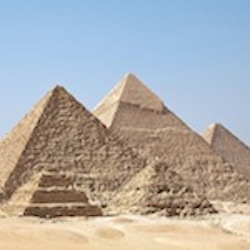 From Slavery to Freedom

Learn how the Israelites leave slavery in Egypt through the strength of God, who has remembered the covenant with the patriarchs. Led by Moses, the Hebrews will encounter God at Mount Sinai, entering into a covenant with God who gives them their laws and instructions for the Tabernacle through the wilderness. 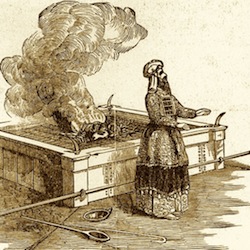 Laws of purity and holiness

In the book of Leviticus, God tells the Israelites and their priests how to make offerings in the Tabernacle and how to conduct themselves while camped around the holy tent sanctuary. We learn more about the ritual, moral and legal practices of the Israelites, including the concepts of holiness and purity. The focus of Leviticus is on how one must behave in order for God to continue to dwell amongst the people. 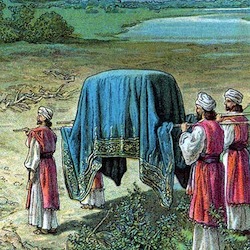 Strife and lessons before entering the Promised Land 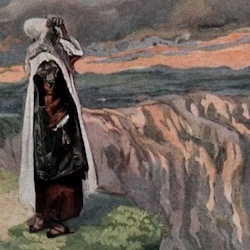 The law and Israel


On the plains of Moab, Moses delivers the sermons that make up the Deuteronomist Code, which became the Book of Deuteronomy. These sermons recount the years of wandering in the wilderness, pleas to remain holy in the eyes of God, and on keeping the eternal covenant.