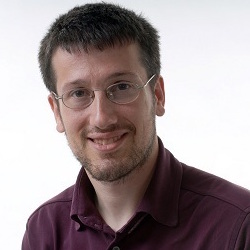 Conversion Requirements
Brit Milah/Hatafat: No
Mikvah: No
Bet Din: Yes (I require two other people for a Beit Din, preferably two Jews who know the candidate for conversion, if not then two Rabbis, or lay people with training in Jewish studies chosen in consultation with conversion candidate)
Conversion Location: At my office at the CLAL Center for Jewish Leadership, New York, NY
Students Accepted: Scholarship, Chai, Mitzvah

I became a Humanist Rabbi because I feel a deep investment in making Jewish texts and traditions meaningful to people through the lens of their own life experiences. Before I was a Rabbi I was a Jewish studies academic, but I became deeply frustrated at the ivory tower approach to knowledge, and spending so much time writing books and articles, which interested only a handful of people. I wanted to connect more meaningfully to people and to the communities to which I belonged.
My favorite activity in the world is to craft personalized ritual. One of the most poignant interactions I’ve had in my life is when a person I did not know contacted me to ask whether a a humanist Sabbath blessing for children existed – I told him that I did not know, but that I would be happy to compose a personalized blessing for his baby girl. Three years later the same person contacted me and said that my blessing had become a meaningful part of their Sabbath observance, and asked me whether I would compose a blessing for their second daughter who had just been born. I stared at my computer screen overcome with tears of joy, I had just been paid the greatest compliment of my life.
I will perform conversions in almost any circumstance as long as the desire to connect with Jewish culture is genuine and deep.